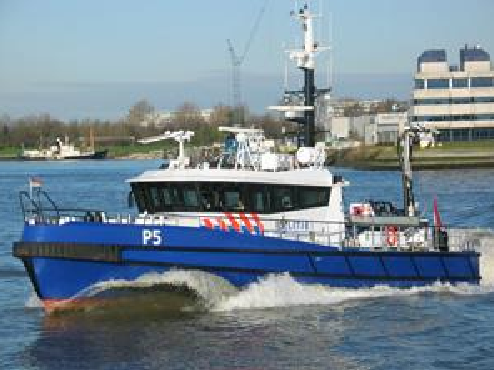 IMS supplied its “Modular Reactor” in conjunction with the “Detronic” Electronic AdBlue Dosing Control and Monitoring System” for use on Inland Waterway Vessel in Rotterdam.

The photographs below shows the SCR Reactor which was installed within the engine compartment of the Patrol Vessel to reduce Nox and PM on the Main Propulsion Engine. 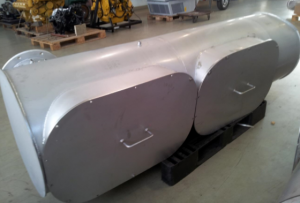 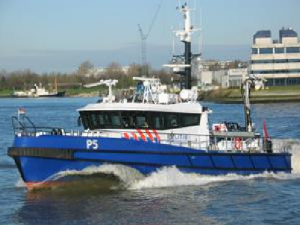 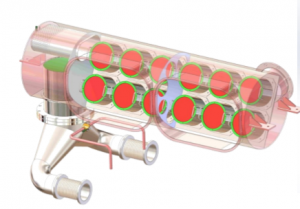 The SCR System was supplied as part of a 15-month Trial that has now been completed.

The objective of the trial was to validate if the IMO Tier II engine could be updated to meet the Tier III emissions regulations which required a reduction in NOx of approximately -80%.

The first graph shown on the left is of the actual “Engine Out” NOx levels at partial load (approx. 50-60%) under normal operating conditions prior to the SCR Abatement System being activated.

The second graph below it shows the Tailpipe Measurement (NOx2) taken at the same time with the SCR NOx Abatement Technology activated. It can be seen that even on partial loads that the NOx reductions are in the region of -80% demonstrated that it is capable of upgrading the engine to meet IMO Tier III Standards.

The system was used with EN590 ULSD 10ppm Sulphur Fuel. 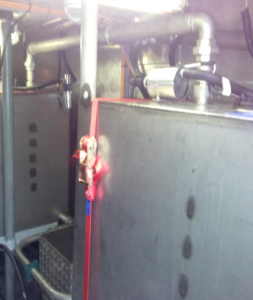 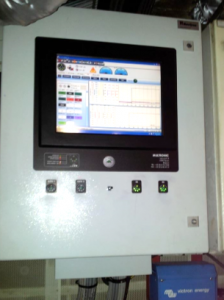 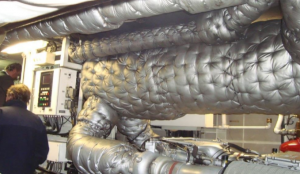 The system was supplied together with an on-board AdBlue Dosing Tank together with pumps and transfer pipework which delivered the AdBlue “Airless” Injectors prior to the SCR Reactor which eliminated the need for a compressor.

This was the first of the SCR Reactors built with the Round Substrates used in a modular construction where they are all in parallel which reduces the overall backpressure across the system.

The system came with a control panel that housed the ECU that controlled the AdBlue Injection.

The ECU has built in memory plus it was linked to a display module in the door of the control cabinet with “Touch Screen” that could be used to review all emission and engine parameters in Real-Time.

The data from the ECU can be downloaded and displayed in an excel format for reporting purposes.

Today, IMS the modular concept with the Detronic Control System for Large Stationary Power (for MCPD Compliance) and the Stage V Technology that we have developed for Mobile Power Applications.

The Stage V also incorporates a DPF close coupled to the SCR Substrates and an “HC” (Hydrocarbon Injection) System for Active Regeneration of the Wall-Flow DPFs plus a DOC (Diesel Oxidation Catalyst) to virtually eliminate CO (Carbon Monoxides) and HC (Hydrocarbons).

The Stage V Technology is currently being independently tested with PEMS (Portable Emissions Monitoring System) Equipment for use within the London NRMM LEZ and HS2 and Inland Waterways contracts.

For the above Marine Application, the complete system was lagged to protect operators from hot surfaces but to also retain heat to improve emissions reductions.

IMS has recently bid for a number of River Vessels that will be operational on the River Thames in London where the objective is to meet Stage V.