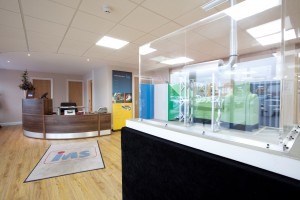 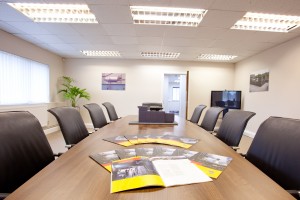 The Company, within a very short period of time, became a major player in their designated area of activity which was supplying equipment for all the major Diesel engine manufacturers, Generator set builders and Mechanical services installers.

In 1994 the company moved a few metres down the road to a 900m² (9000 sq. ft.) premises to cater for the increasing levels of production required by the growing number of world-wide customers.

As the company progressed it became evident that even this move would not satisfy the increasing requirement for even larger exhaust gas silencers, steam vent silencers and air intake attenuator units the market was demanding. This eventually led to the design and building of a 1600m³ (16,000 sq. ft.) purpose-built manufacturing plant in 1998 to produce the largest types of equipment currently required.

Our development story has continued in much the same vain and in 2013 we moved once more to our current 32,000 sq. ft site in Shepshed (the town in which we started) which has the quality of facilities and potential for growth which should keep us contented for the next few years at least!

Since our establishment, our natural progression and overwhelming support from our existing clients has allowed us to extend our product range over the years to not only include silencers but now a full range of emission control technology, acoustic enclosures, air inlet & extract attenuators, acoustic doors and a wide range of ancillary items to compliment all. Combine this with our ability to carry out a full turnkey install, anywhere in the World, cements our position as of one of the major players in our industry.